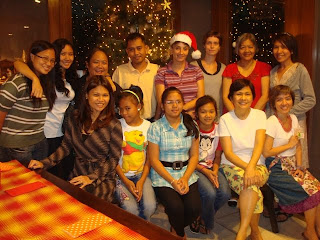 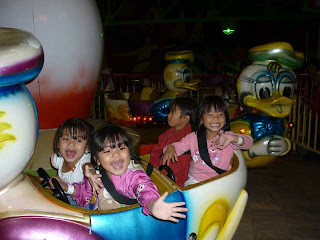 This year 2009 remembered us that 20 years ago a Convention on the Rights of the Child has been pronounced by the United Nations.

In the Philippines, three children have gone to Geneva to deliver messages to the international community.

This summer, during the Festival of learning in their community, they have also expressed themselves.

Leah tells us:
‘’I need the help of the government so I can defend my rights. I have the right to defend other people and myself’’.


We notice these children are aware of the role they can play, now and in the future, towards their family and the society in general, having rights and responsibilities. Once more they make us understand that we need to listen to them.

Emmanuel Levinas, a philosopher, was saying: ‘’The I, in front of others, is infinitely responsible’’.

So this new year to come, let us, adults, continue to support each other, families and their children in order for the latter to be able to grow and develop themselves as future citizens. 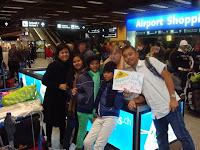 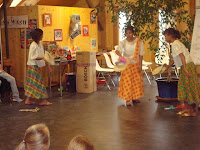 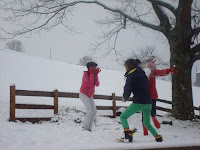 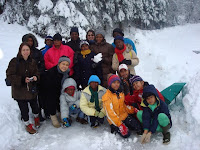 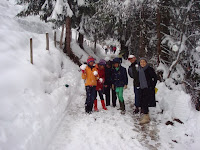 On the first week of December, ATD Tapori (the children's 'section' of ATD International Movement) planned a gathering of children to coincide with the 20th anniversary of the United Nations Convention on the Rights of the Child (UNCRC). The meeting took place in ATD House in Treyvaux, Switzerland, a big chalet on top of the rolling hills of this town. The purpose was to allow the children to express their experiences. The 'friendship train' story started the meeting, which is bringing children together and no child left out, which is the spirit of the UNCRC. The next few days, the children were grouped to discuss their own experiences and write messages. The culmination of was a meeting with the United Nations Deputy High Commissioner on Human Rights Mrs. Kang on Dec. 8 in Geneva.


The activities are interactive - learning songs from the countries, crafts, going outdoors - visiting a nearby farm, sightseeing in the city of Frighbourg and playing in the snow!

Labels: Convention on the Rights of the Child, Geneva

Convention on the Rights of the Child 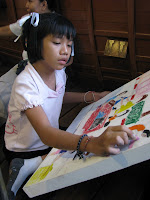 ATD Philippines and Thailand sent children delegates. It was a heartwarming experience for all of them to meet children from all sectors of society!

Kanino ba ang CRC?
It is a three-day children's summit to celebrate the 20th anniversary of the Convention on the Rights of the Child (CRC) was held at Museo Pambata in Manila from November 18 to 20, 2009. the summit brought together 50 children with ages ranging from 11 to 16 years old and living in different, often difficult situations.

The summit aimed to raise awareness on the Convention on the Rights of the Child by posing the question: “Kanino ba ang CRC?” Children participants, in plenary and in discussions in playshops, shared their views on the rights and responsibilities of a child and crafted messages to people and agencies concerned.

Museo Pambata continues its mission to promote and educate the public about the CRC through this summit. Creative playshops, song-writing and other child-centered techniques brought about awareness and commitment to promote and protect the rights of not only the delegates' but all children in the world. The summit is realized through partnerships with the Department of Social Welfare and Development, UNICEF, Council for the Welfare of Children, National Council for Social Development, Children's Lab, Department of Tourism and ChildHope Asia. Supporting private foundations and individuals include Children's Hour, Zuellig Foundation, Aldaba-Lim Foundation, Aldaba-Lim Foundation, Mr. Jimmy Pabalan and Dr. Guillermo Roman.

The playshops
The playshop design was crafted and developed by lead facilitator Bing Baguioro of Children's Lab and the Museo Pambata team led by MP President/CEO and early childhood educator, Nina Lim-Yuson. Their experience and expertise in early child care and development made way for a fun, creative and a totally interactive program where games through wordplay, acting, art therapy, and extemporaneous speaking were incorporated. Discussions and processing activities were lead by youth facilitators who are community workers, volunteers and guides from ERDA, ChildHope and Museo Pambata. To prepare for this daunting task, the youth facilitators (referred to as “Ate” or “Kuya” by the delegates), underwent workshops under Baguioro as early as June 2009.

Children take the main stage, adults take the backseat
The idea was to create a children's summit where peer educators will engage the participants in a child-to-child learning strategy to understand and promote their rights and responsibilities. Adults took a back seat as the delegates' chaperones were tasked to do an on-the-spot documentation workshop ably led by Brenda Martinez of Children's Lab. A theme song was recorded for the child delegates so they could easily remember the importance of their rights. The song was written by Inshallah Montero and put into music by Bam Van Gestel, both youth volunteers.

November 20, the last day of the summit, a party was held at Museo Pambata's Karapatan Hall. The party was for the CRC's 20th anniversary as November 20, 1989 was the day when the United Nations General Assembly adopted the Convention on the Rights of the Child. Child delegates read their birthday wishes for CRC. They had wishes for themselves, other children, their parents, teachers, other professionals such as health workers and police officers, their barangay officials and other policy makers. They made it known that CRC is everybody's responsibility, not just their own.

So much has been learned by the adult facilitators and chaperones who observed the three-day summit. Children always get along very well despite the differences in their background, culture and even in language. They do not exclude others, are willing and eager to learn, and always look on the bright side of life. They are vulnerable and need to be protected. One boy wish was for his mother to get proper medical care so she can take care of him.

Invisible Children, the exhibit
The outputs of the children are on view at the Museo Pambata from 26 November to 20 December. Entitled “Invisible Children,” the exhibit is part of Zero In, an annual project organized by a consortium of five museums and art galleries such as the Ayala Museum, Ateneo Art Gallery, Lopez Memorial Museum, Bahay Tsinoy and Museo Pambata. This year's theme is “Periphery”. The children's voices, through poems, letters, photographs, works of art and other visual presentations culled from the summit offer a view into the Filipino youth's struggle to live in spite of the most difficult circumstances.
Posted by ATD Fourth World Philippines at 3:53 AM No comments:

ATD Fourth World Philippines
All Together in Dignity (ATD) Fourth World Philippines is an international non-governmental organization with no religious or political affiliation. We work with individuals and institutions to find solutions to eradicate extreme poverty. Working in partnership with people in poverty, our human rights-based approach focuses on supporting families and individuals through its grass-roots presence and involvement in disadvantaged communities, in both urban and rural areas. Our programs include Street Libraries, Forums and Workshops, Festival of Learning and October 17 (International Day for Overcoming Extreme Poverty). We aim to create public awareness of extreme poverty and to influence policies to eradicate it. Contact us: ATD Fourth World Philippines 1225 Labores Street Pandacan, Manila Philippines Telephone Number: 563.9312 Email: philippines@atd-fourthworld.org

Join us to overcome extreme poverty!